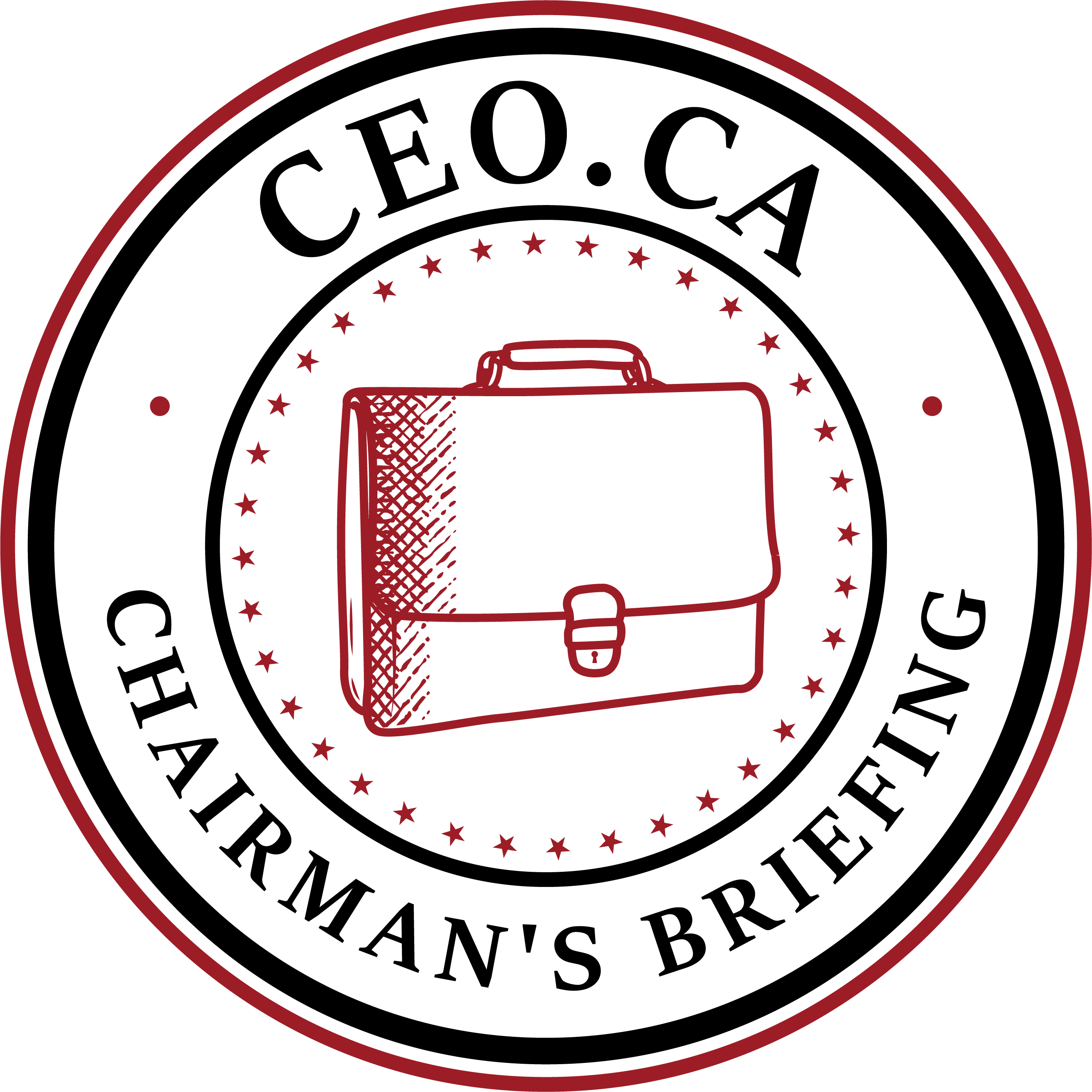 Use of this site indicates acceptance of the Privacy Policy and Terms of Use.
The information on this Website is not reliable and not intended to provide tax, legal, or investment advice. Nothing contained on the Website shall be considered a recommendation, solicitation, or offer to buy or sell a security to any person in any jurisdiction.
CEO.CA members discuss high-risk penny stocks which can lose their entire value. Only risk what you can afford to lose.
© 2022 - CEO.CA Technologies Ltd.
@epsteinresearch/morien-resources-is-its-valuable-2-4-topline-royalty-on-steelmaking-coal-in-canada-undervalued ↻
0 online
Today This week
Search Subscribe
Members of @epsteinresearch/morien-resources-is-its-valuable-2-4-topline-royalty-on-steelmaking-coal-in-canada-undervalued

by @EpsteinResearch on 3 Aug 2022, 10:57
Morien Resources; is its valuable 2%-4% topline royalty on steelmaking coal in Canada undervalued?

Is C*O*A*L” still a dirty word in investment circles? Yes & no. Over the long-term (decades, not years), thermal coal — burned to generate electricity — is unquestionably in secular decline. If nuclear power could scale up faster, it would hasten the demise of fossil fuels. But, there’s much more to the story…

There are no scalable and affordable alternatives for coking coal in blast furnaces. The problem is that any greener method comes with its own set of issues.

Simply put, if the world is serious about fighting climate change, steelmaking coal will remain in high demand.

Despite a slowing global economy — soaring natural gas prices following Russia’s invasion of Ukraine is boosting the consumption of thermal coal. According to the IEA Coal Market Update (July), global consumption this year is poised to break its record level of ​2013 and rise again in 2023.

Coals that have select characteristics can be utilized in both thermal & coking coal markets, making them more versatile & valuable. These are called swing or crossover coals.

Since March 2020 the Donkin mine has been on Care & Maintenance due to much lower coal prices & roof control issues. The mine has a 484 million Indicated + Inferred tonne resource that ranks as a high-vol “B”, semi-soft coking coal, (low ash, high vitrinite & fluidity, high crucible swell number), but it ALSO has a high energy value.

Over the longer term Donkin’s product will likely be sold as steelmaking coal, but being viable in both markets is great for Morien’s shareholders. Having more customers around the world will enable The CG to lock in favorable pricing (if they want to) in multi-yr. contracts with a diverse range of end users.

Over the past few months, there have been noteworthy indications that Donkin might reopen as soon as this quarter, causing Morien’s share price to double to C$0.59 since early June.

Job postings for new hires at the mine and local news reports (incl. some opposition to reopening) clearly suggest that The CG is taking steps to restart. For the purposes of this article, I assume the mine reopens this year, but there’s no certainty it will. That’s the BIG risk for Morien shareholders.

There are of course approvals & permits to be obtained, which could take longer than expected. However, there’s widespread support for the hundreds of high-paying jobs that would be created and the hundreds more indirect jobs.

The CG has invested over C$250M into the Mine since 2015. They are very experienced underground coal miners with the ability to make Donkin a highly successful, safe & profitable mine.

In the following chart, I show scenarios of annual distributions that Morien could make given a range of coal prices & # of tonnes sold. I assume 1.0M tonnes are sold in 2023, 2.0M in 2024 & 3.0M in 2025. Ramping up could definitely happen faster, my pace is conservative.

Importantly, The CG are experts at a highly efficient type of mining method called longwall mining. If a longwall operation could be set up (probably not before 2024 or 2025), then I believe production could eventually be increased to 4.0-5.0 million tonnes/yr.

NOTE: {I use a 90% payout ratio even though mgmt. typically mentions an 80% payout ratio. Using 80% potentially underappreciates the fact that 100% of royalty payments received will go towards enhancing shareholder value}.

Notice in the chart that even at a relatively low $125/t, if a longwall is installed an annualized dividend could be C$0.204 – $0.275 per share. I have no idea how probable a longwall is, only that The CG are experts in that mining method and if coal demand remains strong, it will absolutely be warranted.

A bet on Morien is a bet that high-vol, semi-soft coking [AND/OR high-Btu thermal] coal prices will remain elevated for years to come. I don’t necessarily mean $300+/t, just $125+/t.

At a long-term price of $125/t, Morien’s shareholders would do quite well if/when 3.0M tonnes/yr. are sold. The annualized dividend would be C$0.133 per share.

The past 2-3 years have proven that coal prices (supported by natural gas, which has soared much more than coal) — and subject to supply & transport disruptions — will remain highly volatile. However, if one believes the lower bound of that volatility is $100-$125/t, then high volatility should be welcomed by Morien’s shareholders.

There are other compelling reasons to be bullish on thermal coal prices, look no further than what’s happened with natural gas. Nat gas in Europe has risen twice as much as European coal since Donkin shut down in 2020. If natural gas prices stay high, coal prices will as well because the two fuels compete based on price.

By contrast, Morien’s shareholders benefit 100% from inflation because it receives a topline royalty (paid out BEFORE operating costs). Inflation alone gives me comfort that coal prices have a good shot at averaging at least $125/t going forward.

The beauty of Morien at C$0.59/shr. is that investors have tremendous upside potential if coal prices stay above $125/t. A C$0.133 payout on the current share price would be a very attractive 22.5% yield. Readers are reminded that an annualized dividend of C$0.133 would (very likely) not come before 2024.

Most stocks don’t carry 22% yields for extended periods, they get bid up in price to reflect yields of companies in similar sectors with comparable risk profiles. Imagine what might happen to Morien’s share price if Donkin entered production and announced a 2-yr. ramp up to 3.0M tonnes/yr.

At an average sales price of $200/t, that would equate to an annual payout (assuming 90% of cash flow is distributed) of C$0.228/shr. If that dividend amount became the long-term assumption and the investor yield requirement on Morien is 10%, then the share price should would (in theory) rise to C$2.28.

To be clear, this would not happen overnight, but a C$2+ share price seems to be a reasonable possibility if The CG can execute well at the Donkin mine. And, if all goes mostly as planned, shareholders will be collecting robust dividends along the way.

Disclaimers: Peter Epstein of Epstein Research [ER] has no current or prior relationship with any management team or board member, and no current or prior dealings with Morien Resources (the Company). The views contained herein are solely those of [ER] and are based 100% on publicly available information such as sedar filings, the corp. presentation, conversations with mgmt. & peer company analysis. Teck Resources shares a considerable amount of data on the coking coal market in its corp. presentations, data that [ER] incorporates into its articles.

Since July 2022, Peter Epstein has owned shares of Morien Resources acquired in the open market.