Use of this site indicates acceptance of the Privacy Policy and Terms of Use.
The information on this Website is not reliable and not intended to provide tax, legal, or investment advice. Nothing contained on the Website shall be considered a recommendation, solicitation, or offer to buy or sell a security to any person in any jurisdiction.
CEO.CA members discuss high-risk penny stocks which can lose their entire value. Only risk what you can afford to lose.
© 2016 - Pacific Website Company Inc.
@newsfile/meridian-provides-update-on-espigao-copper-gold-exploration ↻
0 online
Today This week
Search Subscribe
Members of @newsfile/meridian-provides-update-on-espigao-copper-gold-exploration

London, United Kingdom--(Newsfile Corp. - December 23, 2020) - Meridian Mining SE (TSXV: MNO) ("Meridian" or the "Company") today provides an exploration update on its Espigão Polymetallic project ("Espigão" or the "Project"). The Company's programs have continued at Espigão in parallel with its acquisition of the Cabaçal Copper-Gold project. Geochemical results have been received for all 779 soil samples on licence 886303/2009 in the NW quadrant of the Project area. Positive results continued to be delivered, with the footprint of key pathfinder elements greatly expanded, and further bedrock conductors modelled from the Company's 2015 HeliTEM® survey.

Highlights of results to date are:

Results reported are from the initial survey lines in the Eduardo Mendes prospect area. Sampling has been conducted on 800m spaced north-south lines, with samples spaced at ~50m intervals, collected from the B-soil horizon. The purpose of the sampling and modelling has been to trace the structural extensions to the known prospects, to develop geochemical exploration vectors to rank targets, and to refine and prioritize targets based on bedrock geophysical signatures. The results of the soil sampling have exceeded the Company's expectations, as it was expected that the soil anomaly would be restricted to within, known, narrow structural/conductive corridors, 100 to 200m in width. The survey results expanded this to extend over 8km along strike by ~4km across strike, while remaining open in all directions.

The Company has received the first results of modelling the 2015 EM data for the Califórnia, Calça Frouxa and Eduardo Mendes prospects. 11 EM clusters have been defined with significant individual Maxwell plates modelled that are now known to underly extensive surface and open polymetallic and pathfinder soil anomalies.

Licence 886303/2009 hosts the Califórnia, Calça Frouxa and Eduardo Mendes prospects, part of a system of structures associated with hydrothermal cuperiferous, manganesiferos and ferruginous vein, stockwork and breccias within the project area (Figure 1a, b). The principal ENE-orientated structural corridor at Eduardo Mendes aligns with a corridor of recessive weathering, where the land surface has been incised below a broader lateritic plateau. Prominent NE-trending valleys may represent cross-structures and are known to carry traces of detrital gold1. Internal zones of depressed results are interpreted to be related to the thick surface lateritic layers present on the plateau's top.

A series of geophysical targets have new been are defined which show variation in the overlying trace element signatures consistent with partitioning in a dynamic hydrothermal system. The targets are as follows:

Dr Adrian McArthur, CEO, states, "With its advanced Copper-Gold resource delineation project at Cabaçal combining with these exciting results at our project in Espigão, Meridian, is now well on its way to become the focus of investors looking for exposure to both stable resource development and the excitement of discovery via exploration in the Copper-Gold space. Released today, these defined soil anomalies coupled with the newly modelled EM conductors have added extremely valuable context to the prospectivity for exploration and discovery at Espigão. The Company will now complete its assessment of the geochemical and geophysical responses at the other Espigão targets to order and rank all targets for the subsequent gravity survey and drill program in 2021."

The Company also wishes to announce that it has engaged 121 Group Ltd provision of marketing services, for which Meridian will pay 121 GROUP USD $3,500 per month for an initial 6-month period, renewable every month thereafter. 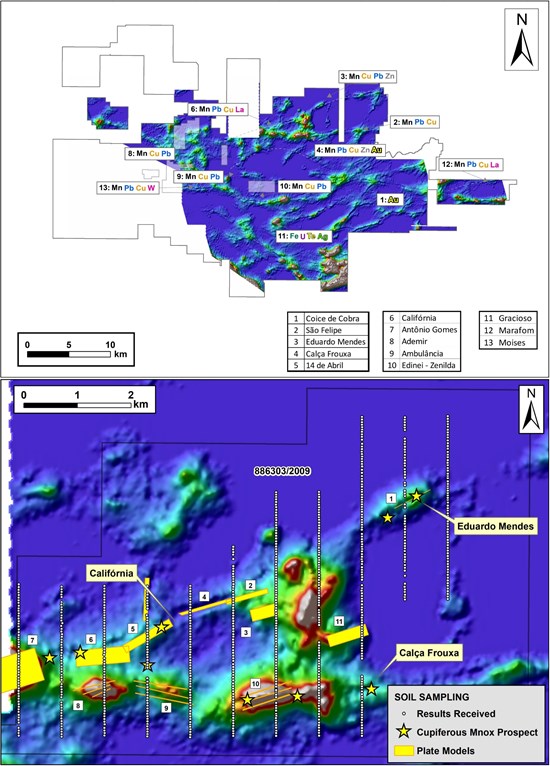 Figure 1a (top): Overview of structural arrays on the project area. Figure 1b (bottom): soil survey over HeliTEM conductivity with maxwell plates. 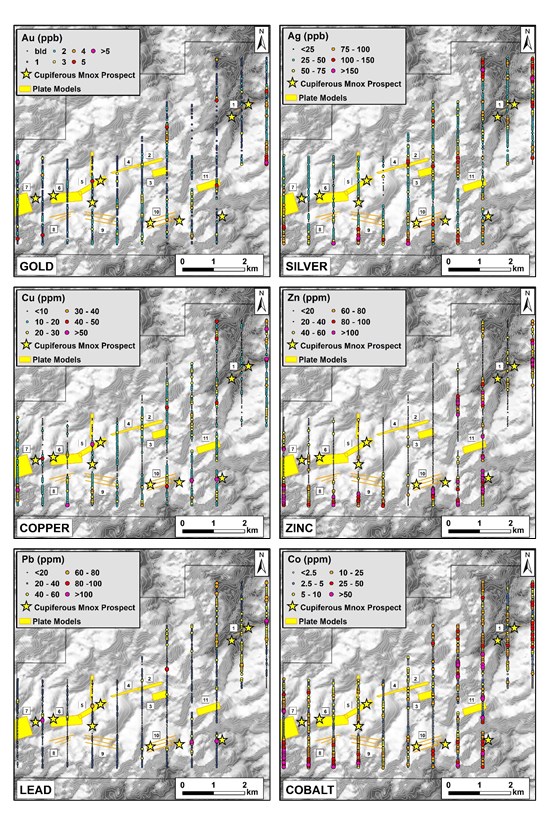 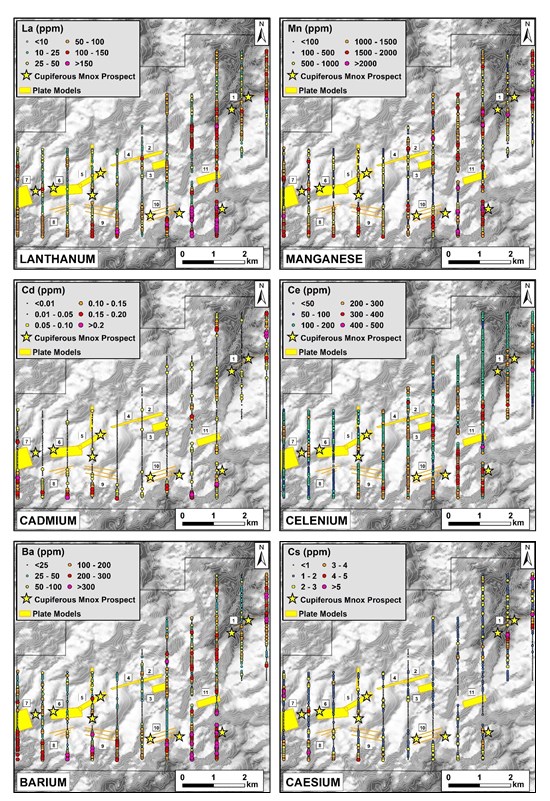 On behalf of the Board of Directors of Meridian Mining SE

Samples are collected from the B-soil horizon by means of a hand auger. Samples are stored securely on the Company's premises before dispatch by commercial courier to ALS preparation facilities in Goiana. Analysis is conducted at ALS Laboratories in Lima, Peru by method code AuME-TL43, a 51 gold and multi-element package designed for soil and stream geochemistry by Aqua Regia digest and ICP-MS and ICP-AES finish. Results are monitored by laboratory and company quality control programs.

Meridian Mining SE is focused on the acquisition, exploration, development and mining activities in Brazil. The Company is focused on exploring and developing the camp scale Cabaçal copper-gold VMS project in the state of Mato Grosso, the Espigão copper-gold polymetallic exploration project, and the Mirante da Serra manganese project in the state of Rondônia, Brazil.

Further information can be found at www.meridianmining.co.

To view the source version of this press release, please visit https://www.newsfilecorp.com/release/70902